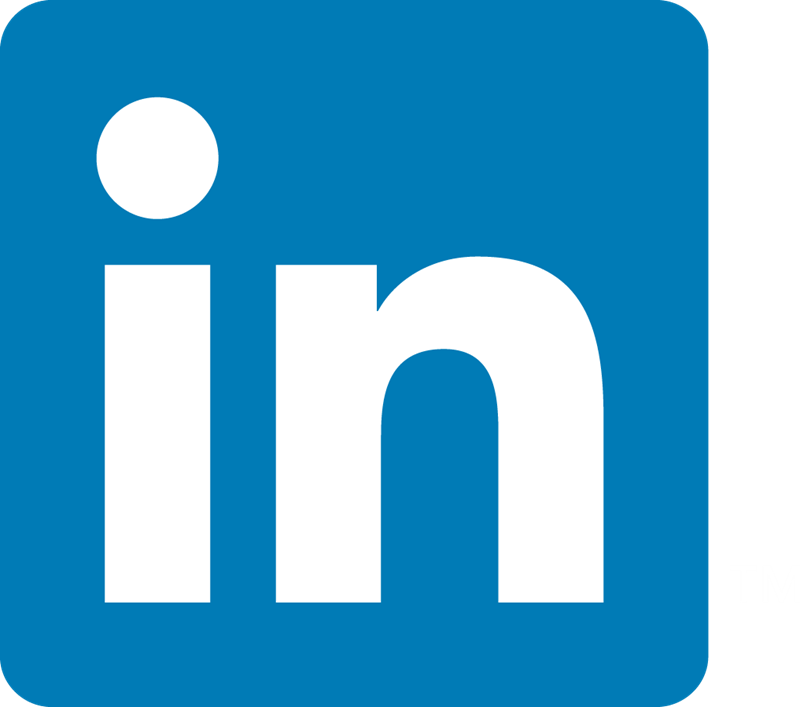 CREATING A BENCHMARK
OF EXCELLENCE 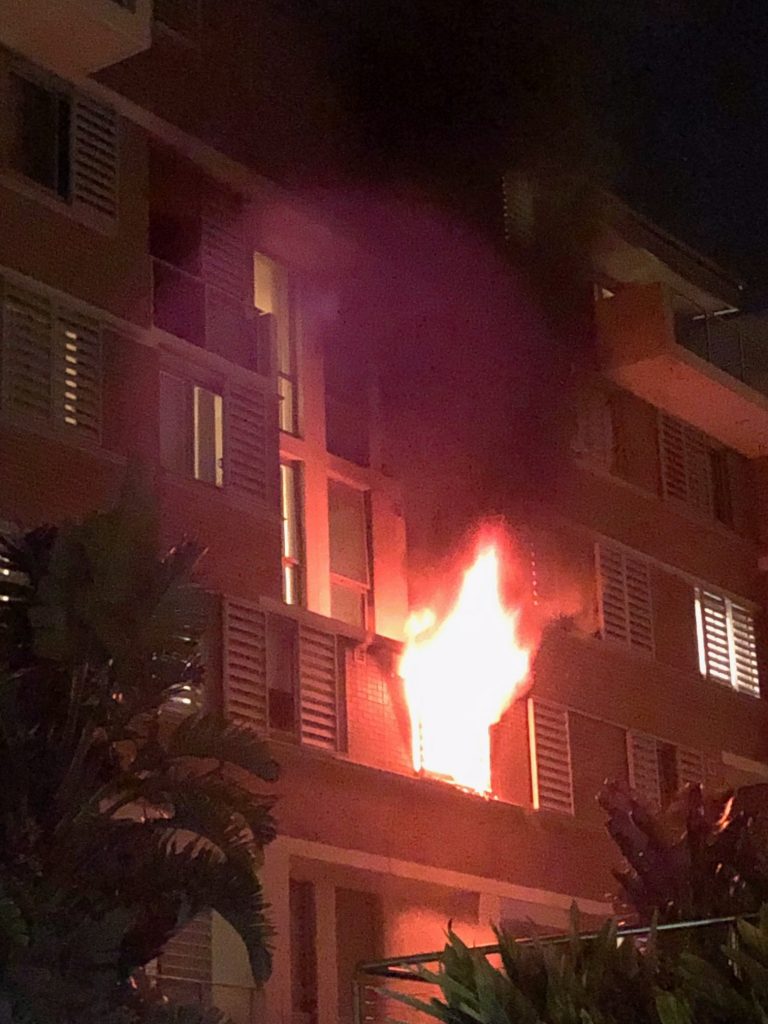 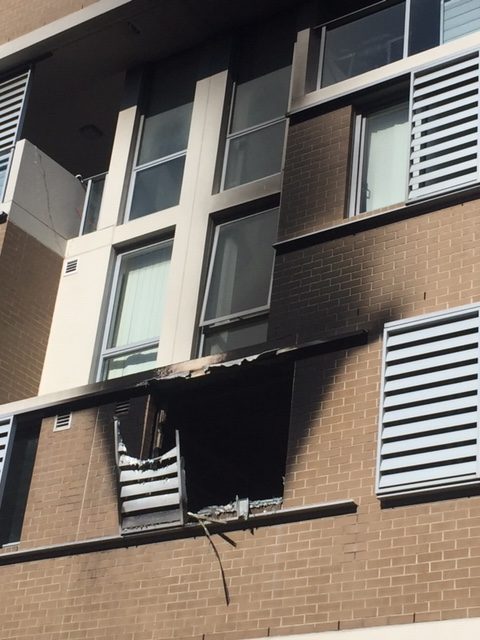 “Is the fire under control and is it going to spread to another part of the building?” These are two of the most important questions we ask the firies when we arrive at the scene of a fire in any of the buildings we manage. And while a recent Sydney apartment building fire required us to unfortunately ask these questions, we were pleased to learn our fire safety system performed as it was supposed to – limiting the fire’s spread and potentially saving lives.

Fire safety is a key challenge for the building and strata management sectors – and the recent fire at The Peninsula apartment building in Sydney’s Matraville, highlighted the vital role building managers have in enhancing safety, reducing fire damage and expediting a building’s repair and remediation.

This particular fire started in the bedroom of a third-floor apartment, before spreading to the living and dining area and ultimately destroying the whole unit. However, it didn’t spread to any adjoining apartments and, most importantly, the tenants weren’t injured and other residents were safely evacuated.

When the fire broke out, the building’s fire system kicked into action, sounding the evacuation alarm and automatically calling emergency services and BMAUS’s head office. “The fire system performed exactly as it should have on the night,” says The Peninsula’s Building Manager Tony Townsend. “Making sure everyone was safe was my first priority and within 15 minutes of receiving a call from BMAUS General Manager, Ben Mees, I was on-site being briefed by the police and fire crews.”

The Fire & Rescue NSW crew contained the fire within half an hour and were able to hand over a safe building within a few hours. “The gyprock walls helped slow the fire, giving the firies time to extinguish it,” says Tony. “Most of the damage was caused by the soot and the water from the firies’ hoses. I advised some residents, whose apartments are on the same level as the fire, to stay elsewhere that night, because of the lingering smoke, soot and water.”
After the fire crews had announced the building safe, Tony, who is a licensed electrician, inspected it, ensuring the power was safe and working and the water was turned off at the mains. He also had the windows in the affected apartment boarded up to prevent further weather damage.

The next day, Tony removed the hazardous debris, including shattered glass and metal from the apartment’s windows and shutters from the courtyard below. He also repaired the diesel generator, which had powered the water pumps for the fire crews, and organised drying machines for the water-affected areas, which included the hallway, basement carpark and several other apartments. The fire crew used about 20,000 litres of water to extinguish the fire, so the water damage was extensive.

“We’re proud of Tony, as it’s his efforts that helped ensure the fire safety system performed as it should,” says Ben. “On the night of the fire, he went the extra mile, giving the fire crews essential information to help them get the fire under control while also checking on residents.”

Tony also organised for the repairs and remediation to take place, liaising with the strata managers and the building management committee. “I had an assessor, restorer and cleaners in. It was busy!” he says.

The post-fire to-do list included:
– documenting damage to the building’s common areas, systems and facilities and exterior walls
– sourcing quotes from trades and suppliers for repairs and replacements for the insurance claim
– organising cleaners to clean the soot from the interiors
– organising and managing all the trades and contractors and checking their work was completed to a high quality

Immediately following a fire, BMAUS’ building managers will check the building to identify damage to its systems and common areas and hazards to ensure resident safety and comfort. Our managers are also experts at preparing and lodging insurance claims, liaising with strata managers and owners’ committees.

“It’s important to get insurance claims in quickly so repair work can start without delay to reduce further damage and inconvenience to residents,” explains Tony, who is assisting some of the owners of The Peninsula apartments that were damaged by soot and water, with their insurance claims.

Tony is also keeping The Peninsula’s residents and strata managers up to date with the repair process: “I explained the priorities and steps needed to return the building to its former condition, and everyone has been very cooperative and patient,” he says. “But what this experience also shows is how important it is for building managers to have effective fire safety systems, as these can save lives and dramatically minimise damage.”

The BMAUS management staff have always been available to us ‘24/7’. Their track record for this has been impeccable. Given the size of our building it is critical to have an instant response to issues as they arise.
Miranda MillerWorld Tower
Just wanted to reach out and thank the BMA team. Working with BMA has been an absolute pleasure from the outset. Your high level or experience and professionalism have ensured we no longer have to be concerned with the day-to-day maintenance or management of our building.
Mathew CorderoyElysee Apartments
I am extremely happy with the level of service provided by Building Management Australia. It’s refreshing to see a building manager being so well supported by senior management. The after-hours service is invaluable and gives us peace of mind knowing that emergencies are dealt with promptly. I am also keen to note our appreciation of the detailed monthly building reports circulated to the Committee and Strata. This keeps everyone abreast of key activity and assists with forecasting for upcoming works.
Mimi DinhStratawide Management
As Building Managers, I have found Ben and his team to be very approachable, proactive and always engaged with us and our client. I have found BMAUS’s reports provide great value and attention to detail to our client and its stakeholders. I have no hesitation recommending BMAUS to any of their prospective clients.
Felix LaiBCS Strata Management
As the strata manager for a large mixed scheme BMC in the city, I can testify that Chris from BMAs appointment as the BM for the residential scheme, has been a game changing advantage for the Owners Corporation. BMA’s client relationship management, attention to detail and proactive attitude has been an asset not only to the Owners Corporation, but to our office as the strata managers for the building.
Riley BriggsSTM
Previous
Next

Get In Touch And Find Out More

CREATING A BENCHMARK
OF EXCELLENCE

Please fill in the details as follows;

Why would you need a Building Manager?

Building Managers provide a variety of services that help create a more convenient, efficient and cost-effective building. Strata buildings that have numerous lots – residential, commercial, retail – have an increased amount of traffic and activities which require a professional building manager to oversee and mitigate.

What are the cost benefits of having a building manager?
The costs of employing a single building manager can be significantly smaller than contracting individual roles simultaneously. Additionally, the costs of maintaining a building are additionally less than repairing problems. Having a service that helps preserve and enhance your most valuable asset is a smart investment.
What is a Building Manager’s role?

Building Managers organise, control and delegate the strategic and operational management of a building. They are based on-site with a dedicated office from where they manage contractors and suppliers carrying out maintenance and upgrades and provide services such as security, cleaning, and property maintenance. Building Managers can issue keys, accept parcels and manage the adherence of the occupants to the registered by-laws.

Building Managers usually manage strata buildings greater than 70 lots, however, they can manage smaller strata on a part-time basis at the Strata Committee’s discretion.

What is a Strata Manager’s role?
Strata Managers take direction from a building’s strata committee and their role involves duties similar to those of a banker, administrator and lawyer. Strata Managers manage the funds of the building’s owners, issue levy notices, pay contractors, and ensure the owners are complying with strata laws.
Who appoints a building manager?

Who are the members of the strata committee?

We create a tailored quote by discussing your tenant’s requirements and by conducting an on-site scope of work to assess your building’s maintenance and management requirements such as security, cleaning, coordinating/overseeing repairs and renovations, provision of valet parking, concierge, and/or mail/parcel management, and facilities maintenance such as gardening and maintenance of amenities such as gyms and/or swimming pools.

Our residential apartment building has retail stores and offices on the ground floor. Can one Building Manager service all tenants?
Yes, our Building Managers are experienced in managing buildings that have a mix of residential and commercial lots. Each of our managers has a strong understanding of the different tenant and operational requirements of mixed-use buildings.
Can the building manager’s duties be altered or added to after we have signed a contract?
Yes. All building management contracts can be redetermined as needed. Changes quite often occur in the first year of management as the building’s requirements become more fully known.
Who does the building manager report to?
Ultimately, our Building Managers report to the strata committee, usually via the Strata Manager. Bmaus provides a comprehensive and thorough report on the building’s activities, which is issued either monthly, quarterly or biannually depending on the Strata Committee’s needs. In addition to the reports and the Building Managers, we also have a relationship manager and general manager who are always on-hand to provide support.
Do Building Managers work on the weekends?
Bmaus has managers who work on the weekends, and some buildings have split shifts with two managers performing a total of 12 hours of onsite management. As always, we adapt services to meet the needs of the building and our clients.
What hours do Building Managers work?

Bmaus has managers who operate as full-time managers, part-time managers and, in some instances, a combination of remote and onsite managers. As with all our services, we tailor the manager’s hours to meet the needs of your building.

What happens when a building manager takes annual leave?

Bmaus employs several ‘floating’ / ‘relief’ Building Managers who are acquainted with your building and its operation and maintenance requirements. This ensures a continuity of quality service during times of leave. 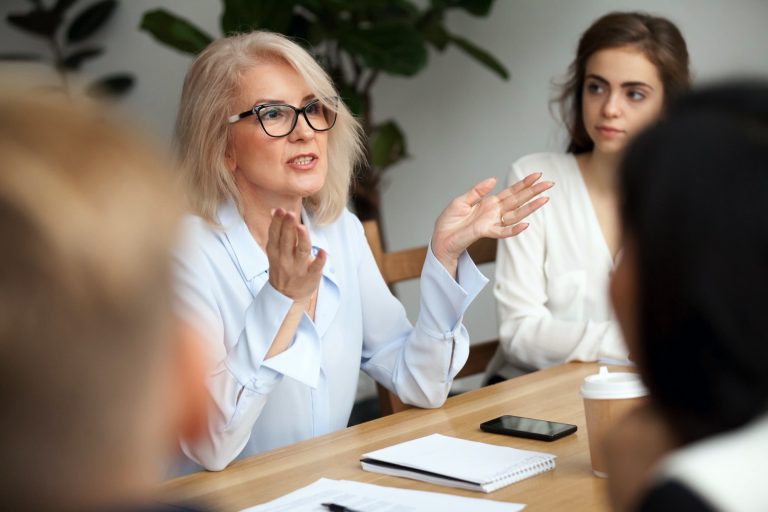 Bmaus is an integrated building and facilities management company that has evolved to meet the needs of today’s strata buildings.

Most importantly, we understand we are a services company entrusted with the care and comfort of your homes.

With this in mind, we offer highly professional Building Managers with the necessary skills and aptitudes to meet the needs of your strata, from the simplest to the most complex.
Bmaus is the solution you’ve been looking for.

Our team members have strong expertise and experience in the following:

To find out more about our services and how we can improve your building’s management, please contact us on 02 8356 7127 or email info@Bmaus.com.au

We look forward to being an integral part of your building’s success!